Who Is Sun Goddess? 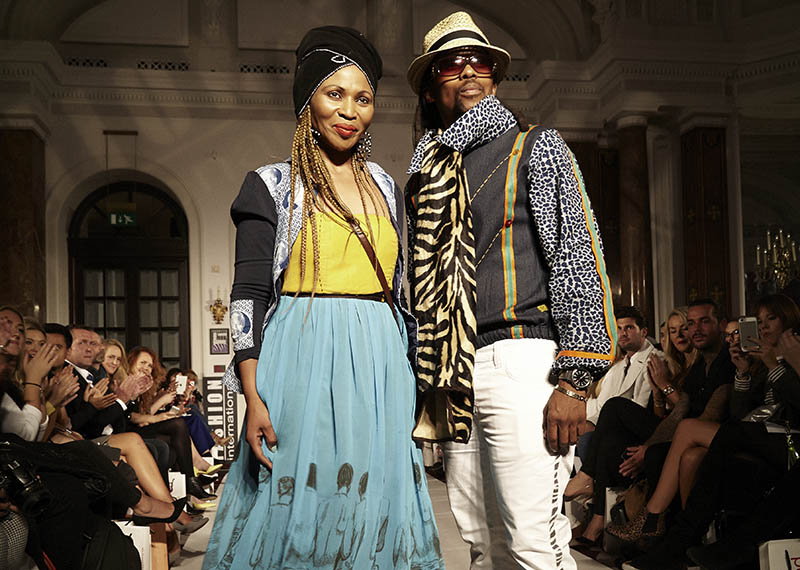 Thando and Vanya Mangaliso are the fashion entrepreneurs behind the Sun Goddess label, which started out selling skirts from the boot of their car. Four years later, the business employees 30 people. The garments are designed and produced in Johannesburg.

Thando received his B Comm from the Institut Superior de Gestion in France in 1997, and Vanya has BA Social Science degree from the University of Cape Town, as well as a post-graduate diploma in management and organisation.

Sun Goddess was a dream the husband-and-wife team for a long time – and they perceive their success as making a positive contribution to the reconstruction of the South African identity. The burning ambition behind the couple is to master the art of authentic indigenous design.

Today Sun Goddess is a pioneering enterprise with a truly revolutionary fashion brand. Their brand has played the role of fashion-ambassador for South Africa, participating in shows from as far west as Washington as far north as Stockholm, and as far east as Singapore.

Sun Goddess has a very diverse client base, including production companies for music videos and television commercials, prominent media personalities, celebrity entrepreneurs and other professionals both locally and internationally.

The Sun Goddess team combine a fiercely individualistic style with a prodigious work ethic and an infectious sense of fun, while delivering the best of Afro-couture.

Sun Goddess Boutiques can be found at